At the highly anticipated International Wine Challenge 2014 both our Junmai and our Junmai Ginjo sake were Commended in the competition.

The International Wine Challenge is accepted as the world's finest and most meticulously judged wine competition which assesses every wine blind and judges each for its faithfulness to style, region and vintage. Throughout the rigorous judging processes, each medal-winning wine is tasted on three separate occasions by at least 10 different judges and awards include medals (Trophy, Gold, Silver, Bronze) and Commended and Great Value awards. 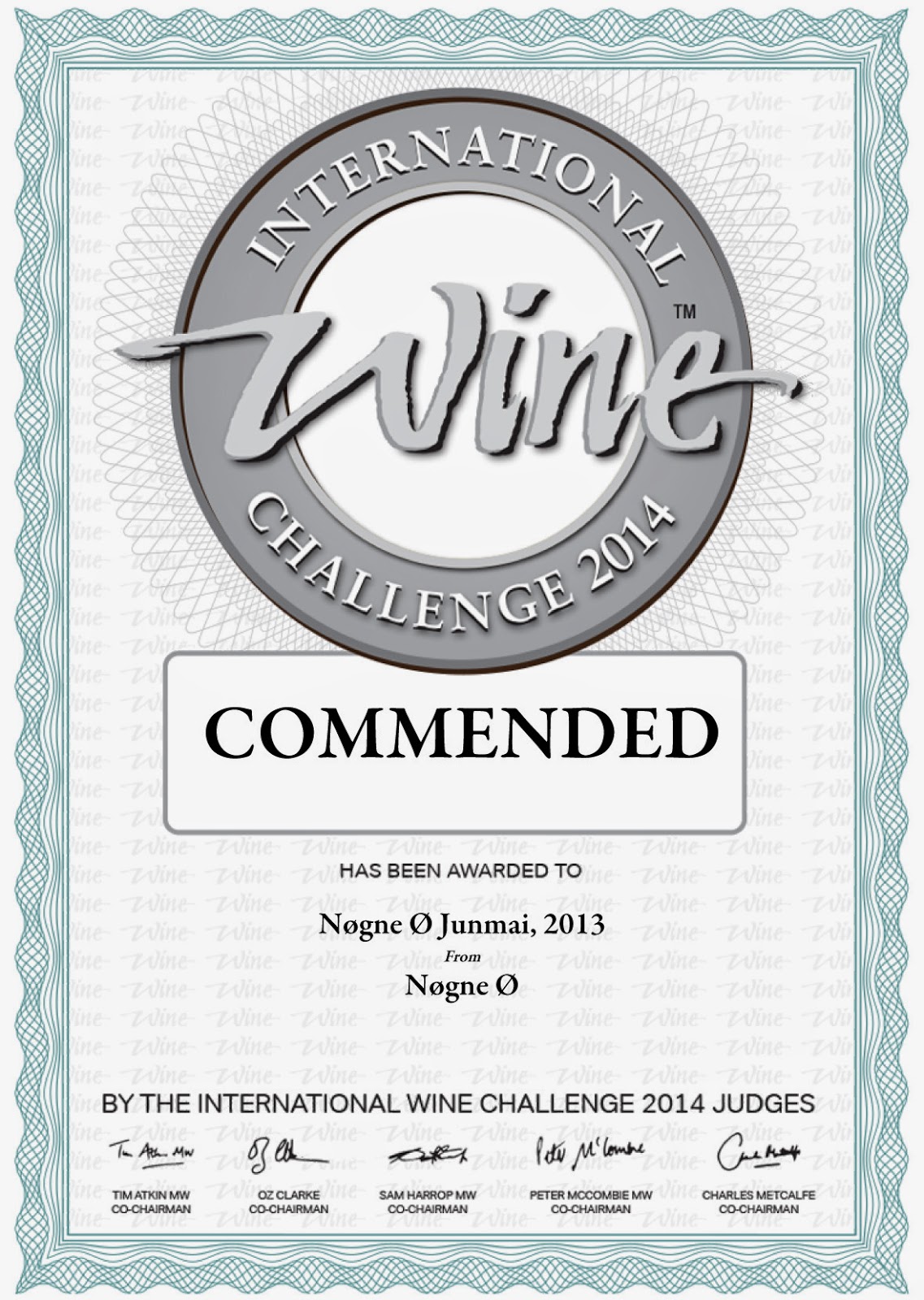 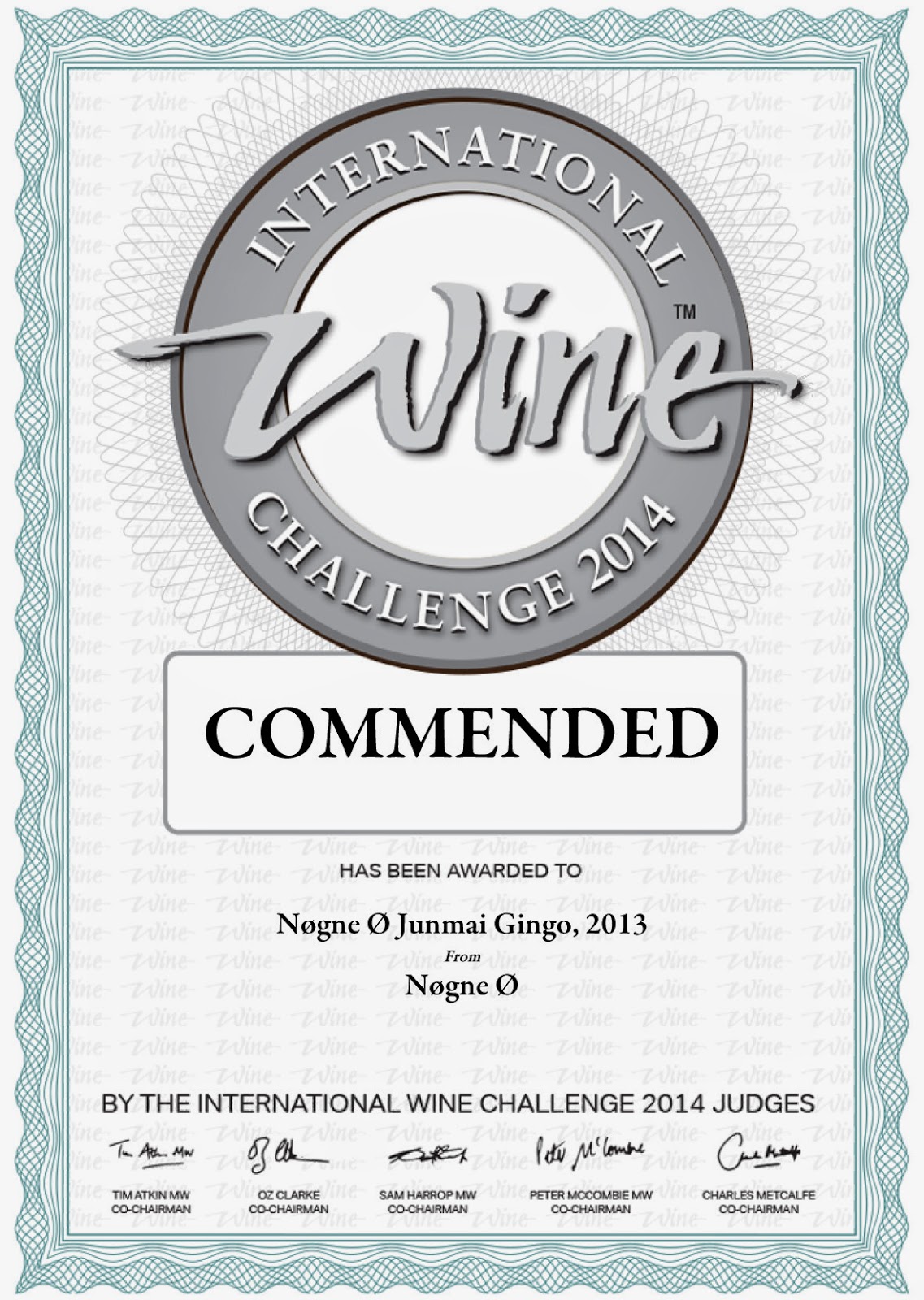 The Vancouverite's contribution to Europe's budding interest in sake

If it weren’t for the South Beach Diet, Brock Bennett may have never become a sake brewer. The Vancouverite is currently producing sake in Grimstad, Norway for Nøgne Ø, the esteemed craft brewery reputed for its big, bold beers. Its sakes are given the Japanese appellation of Nøgne-Ø: Hadaka Jima — which literally means ‘Naked Island’— named after a poem written by one-time Grimstad resident, Henrik Ibsen. Hadaka Jima is Europe’s first sake brewery, and like all of Nøgne-Ø’s products, the sakes are unique and edgy.
So how did the mild-mannered bespectacled Canadian find himself in a global cultural mashup, making Japanese sake in the outer fringes of Europe in Norske land? It began simply with a desire to eat healthier. After reading about the South Beach Diet, Bennett decided to reduce his bad carb intake by purchasing a large bag of Thai rice. A chemist with a love for homebrewing beer, Bennett mentioned his bulk rice purchase to a friend who in turn suggested he try making sake.
And so, a budding sake brewer was born. 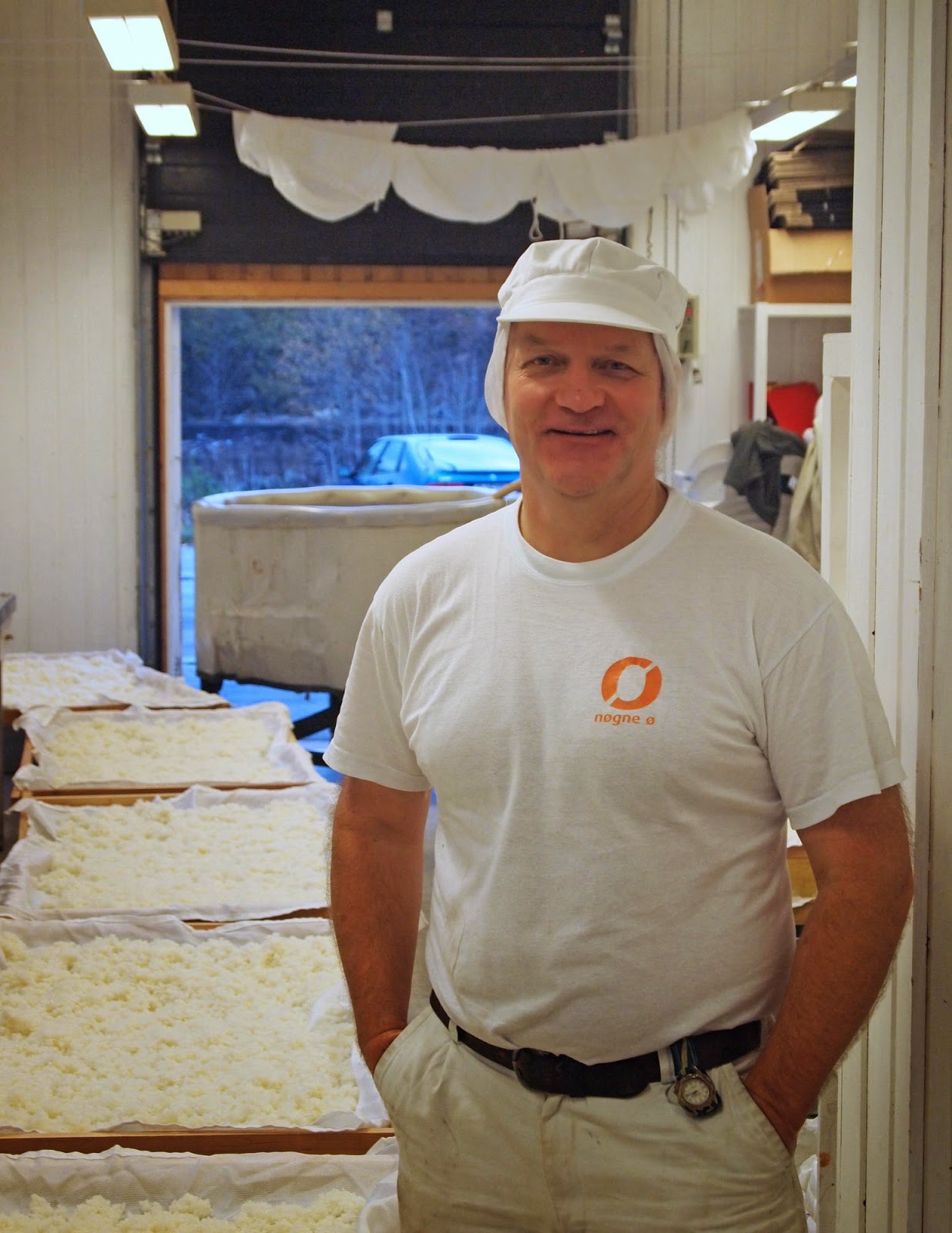 Bennett continued to make batches of sake at home, much to the delight of his friends, who enjoyed tasting his creations. His hobby turned a corner in 2009 when he read about a sake internship at Daimon Shuzo, a popular brewery in Osaka known for its sake line, Mukune. Twenty-four participants from around the world would learn to make sake on a commercial scale from start to finish. Bennett immediately signed up, knowing only a handful out of hundreds would be chosen. The Sake Gods, however, were on his side and Bennett made the cut.
At the internship, he met Kjetil Jikiun, co-founder and head brewer at Nøgne-Ø, who for years, studied sake with the intention of producing the beverage at his brewery. Both interns kept in touch after their Osaka experience. Jikiun started his first batch of Hadaka Jima shortly after, while Bennett returned to Vancouver and continued to hone his sake brewing skills at Artisan SakeMaker on Granville Island. Eventually, Jikiun invited Bennett to assist him, and by August 2010, Bennett packed a pair of eye-shades and headed for The Land of the Midnight Sun. 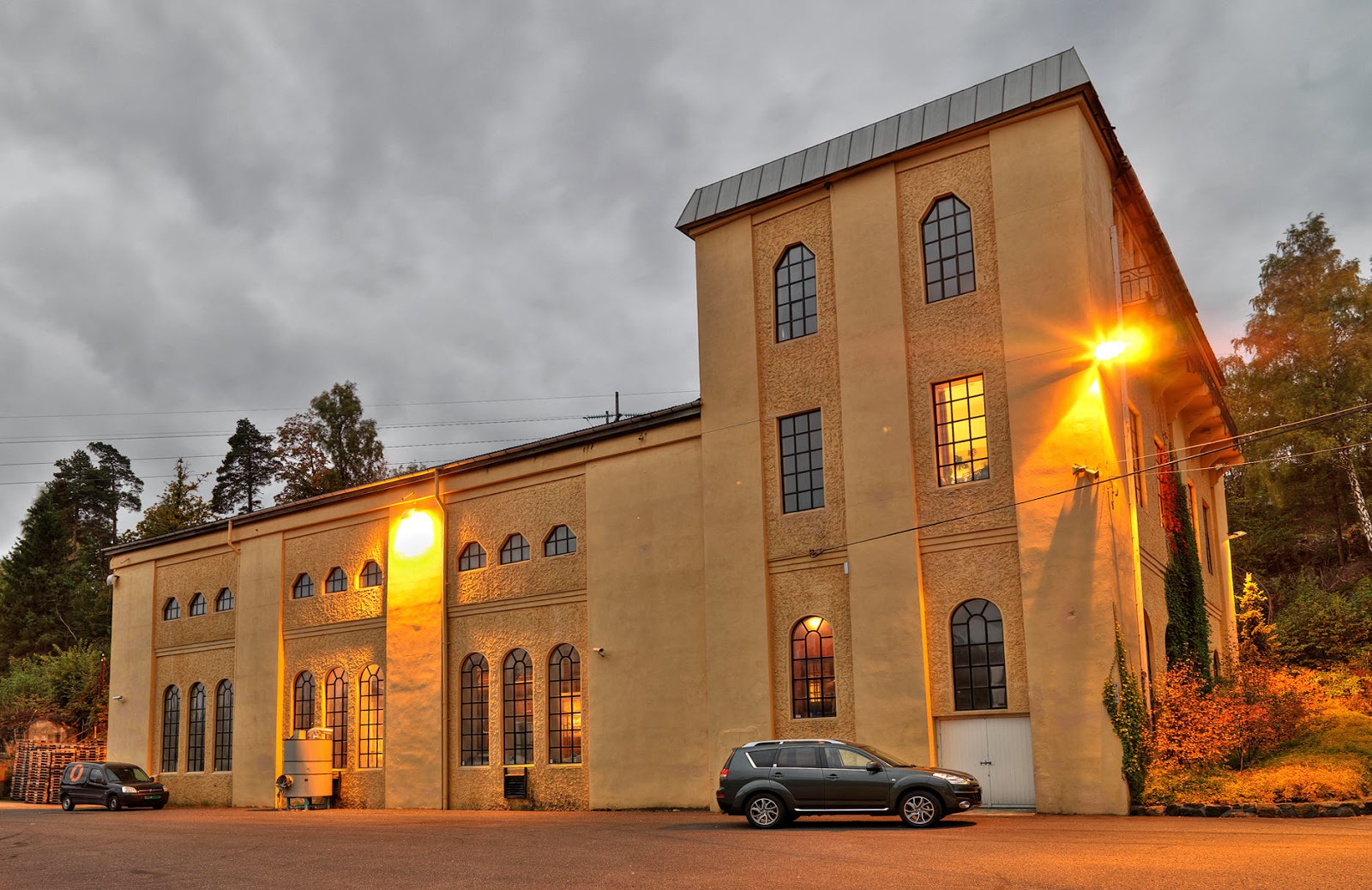 Jikiun is enamoured with a traditional form of sake called yamahai. Named after one of the original yeast starters in sake-making, where naturally occurring lactic acid forms on its own instead of being added, yamahai sakes are typically full-bodied, higher in acidity and gamey. The slow natural formation of lactic acid creates enzymes which add deeper flavour and funk to the mash.
Most breweries will occasionally use yamahai, but the majority of batches are propagated using the modern, sokujo method of yeast starter. With sokujo, lactic acid is added, taking half the time to produce than its funky yamahai counterpart, whilst also imparting a much mellower flavour profile. Hadaka Jima sakes are exclusively yamahai brews, which is extremely rare. Jikiun—unflinching in his vision of an all-yamahai brewery—along with Bennett’s help, has quietly created some of the world’s boldest and unabashedly ballsy sakes.

Producing a yamahai yeast starter takes about 30 days. From that point on, fermentation officially begins, which can add another month onto the process until completion. Bennett, for the most part, works alone, producing each 600 litre brew, averaging one and a half batches per month.
“Kjetil decides what sake will be made. He has a system put together and I work within that system. I make day-to-day decisions with things like koji (malted rice) and ensure the brew turns out OK. It’s challenging—a small brewery with one person working. It takes a month before you can make your first batch of sake; so yes, it can be a big challenge,” said Bennett.
So far, Norwegians have taken to their nation’s new beverage, and it’s proven popular in other European countries. Even with wine’s undisputed dominance, sake is steadily making inroads in the European market. Norwegian-made sake can be seen as catalyst for this burgeoning interest, which goes hand-in-hand with the global popularity of Japanese cuisine. Earlier this year, Bennett attended and presented at the inaugural Le Salon du Sake et du spiritueux japonais event in Paris. Hadaka Jima sake was a hit.
“It was great. Parisians and even Japanese people who attended really enjoyed it,” he remarked.
“Norwegians are very proud of their country and are quite patriotic. I think they like to support local things, so they’re actually quite proud they have a sake brewery. It’s still considered a specialty drink, but because we have a really good name with the beer brewing, we kind of ride on the coattails of that. Kjetil’s one of the best known beer brewers in Europe, so a lot of people will try our sakes because of that reputation,” he said.
Bennett works around the beer brewing schedule to assemble his sake, as space is shared between products, but he doesn’t mind. So far, the Canadian is enjoying his time in the idyllic Norwegian countryside and is currently starting his first batches for the season. Thanks to a big bag of Thai rice and a little serendipity, Bennett is living his sake dream and loving every moment.
“When I was homebrewing sake, my dream was to go to Japan some day and visit a sake brewery. That was my dream. And here I am now: I’m working at a sake brewery in Norway, I’ve had an internship in Japan, and I’ve been to all kinds of sake breweries and gotten totally involved. It’s kind of nice when the actuality is bigger than your dreams. I got more than I could’ve ever dreamed with sake. It kind of almost happened to me; it was a beautiful thing.”
Lagt inn av Nøgne Ø Ingen kommentarer:

We have our new koji buta (koji making trays) custom made from Aspen wood by Torbjørnsbu Verksted AS! 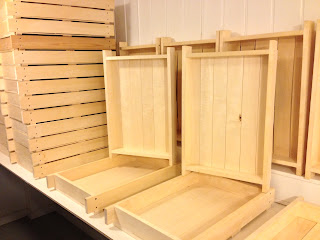 We are delighted that the Sake scene in Norway and our Sake Microbrewery in Grimstad have received attention in the birthplace of Sake, Japan. The Hokkaido branch of the NHK, the Japanese Broadcasting Corporation, has done a 10 minute piece on Sake in Norway that aired nationwide.


Our handcrafted Yamahai Sake is made with Ginpu rice from Hokkaido so there is a strong connection between this northern island in Japan and us northern Sake Brewers in Norway. We are greatly honoured that our Hidaka Jima Sake from Nøgne Ø has received this kind of genuine appreciation and attention.
Kampai! 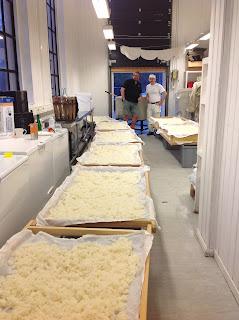 We are brewing our first junmai dai-ginjo sake.  The rice is Ginpu milled to 45%.
We are wondering whether this is the first dai-ginjo sake made outside Japan!
Lagt inn av Nøgne Ø 8 kommentarer: 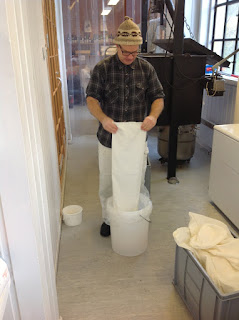 We have just pressed our first junmai ginjo-shu, and we are incredibly proud and happy with the result. This sake is destined to be pasteurized.
This is Brock pouring sake kasu from the bags after the fune was emptied.
Lagt inn av Nøgne Ø Ingen kommentarer: 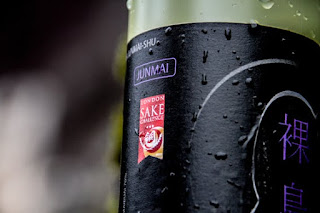 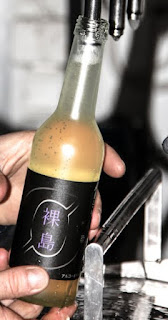 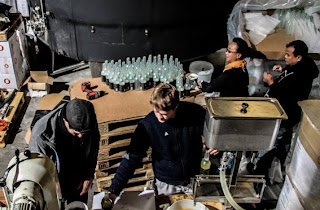 The bottling crew consists of Thomas and Cathie on hand labelling; Toa by the bottling line and Rune at the crown machine. 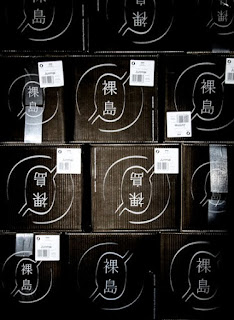 Are you able to spot the differences here? 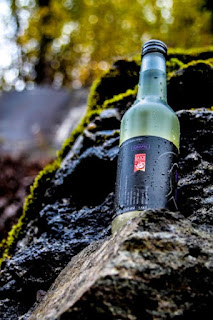 After years of waiting, the time has come for Nøgne Ø to start brewing sake. One cold day in late January the Japanese rice arrived to our brewery. Part of it is Yamada Nishiki, while the majority is Ginpu from Hokkaido.

We have allocated a corner of our brewery to the brewing of sake only. It is not big, but then we are a micro brewery and we will make ji-zake.

We have decided that we would like to avoid making sokujo moto. Hence our first moto was started by using the yamahai method. To ensure that this process would work out in a natural manner, the water was collected from a mountain stream.